Painting Is Infinite
The 'Painting Is Infinite' series takes its title from a David Lynch quote in which  he suggested that the restrictions of the film-making process do not apply to the field of painting and that indeed 'painting is infinite'. This series plays with the quote on a literal level; celebrating the mental faculty that enables man to be transported by Art, and how we choose to perceive ourselves within the universe as equal if not quite a part of it. Each work presents a platform for the contemplation of the universe by using a standard box canvas that has been subverted and redefined in order to function as a device through which to wonder at the mysteries and scale of the universe.
​ 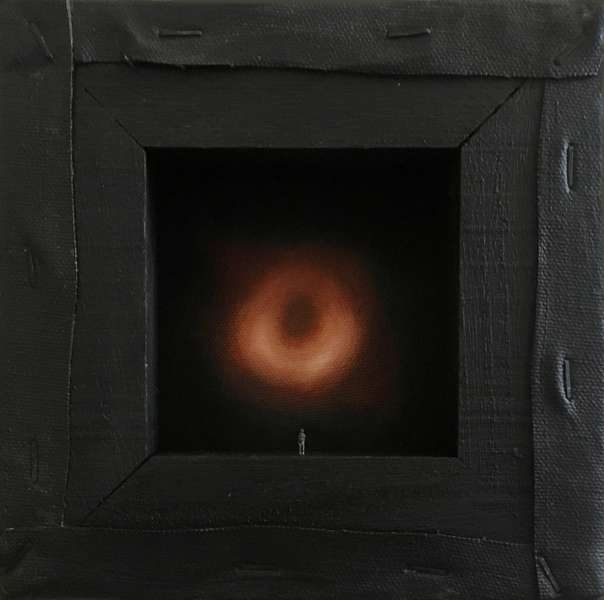 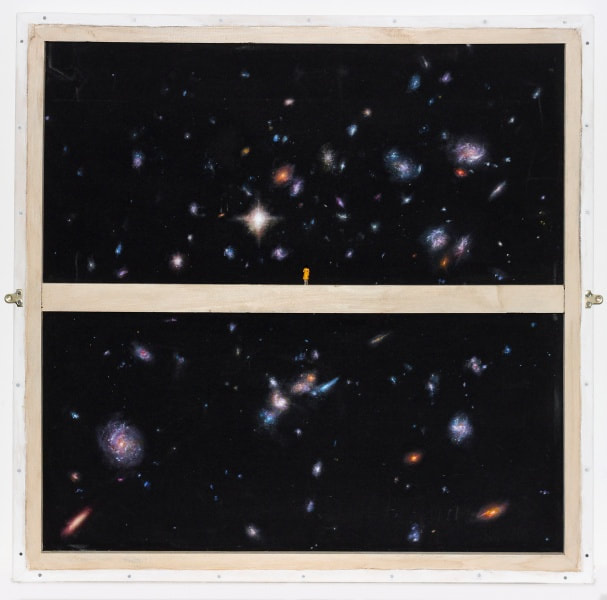 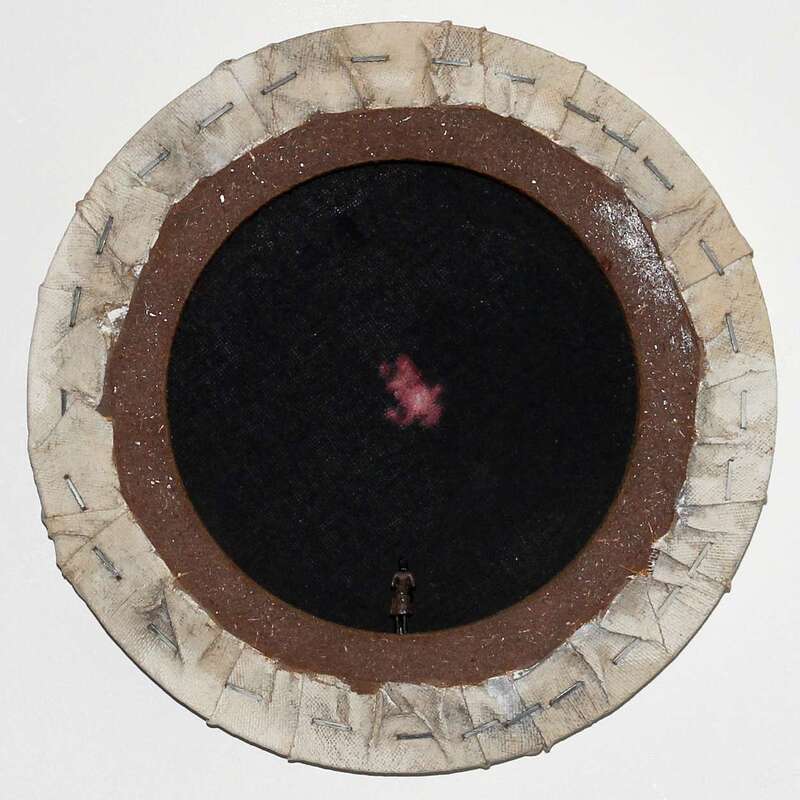 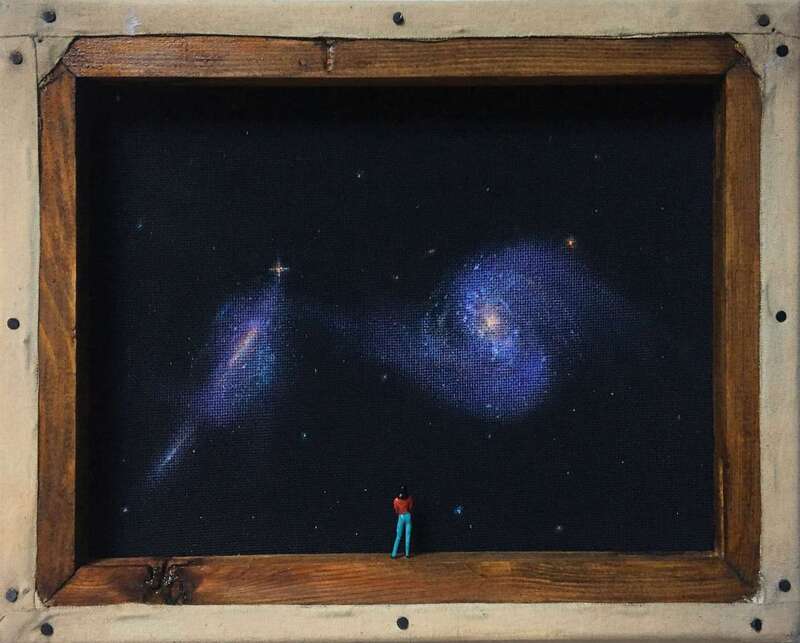 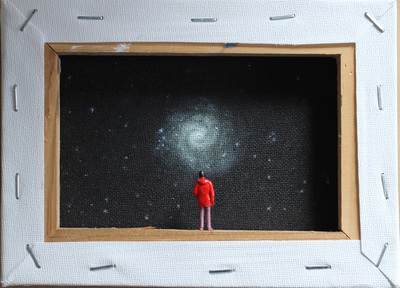 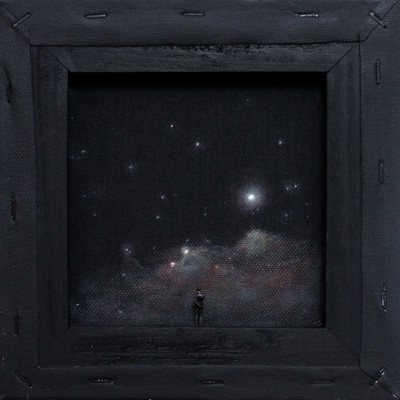 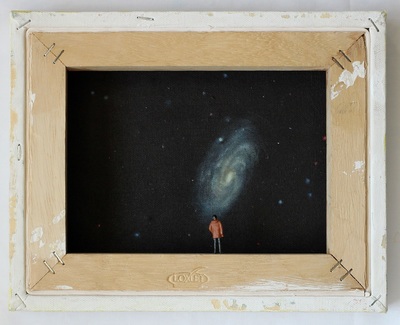 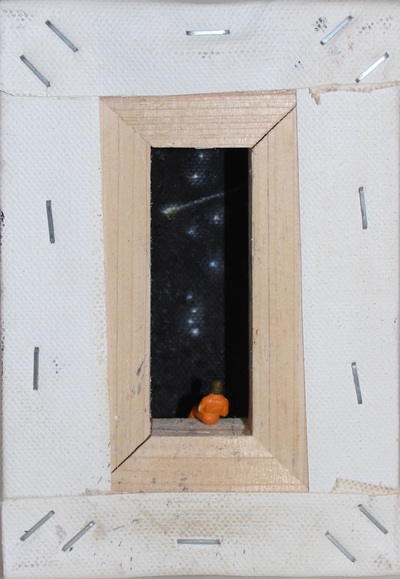 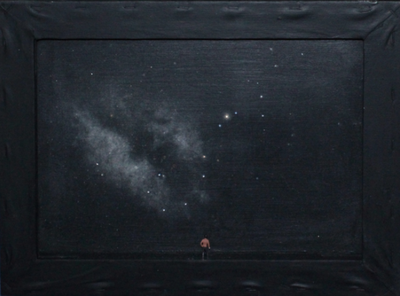 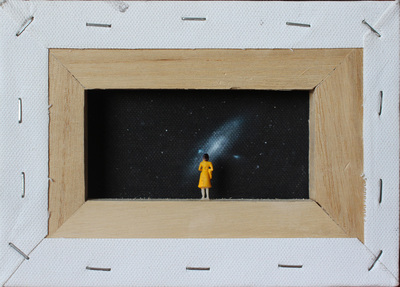 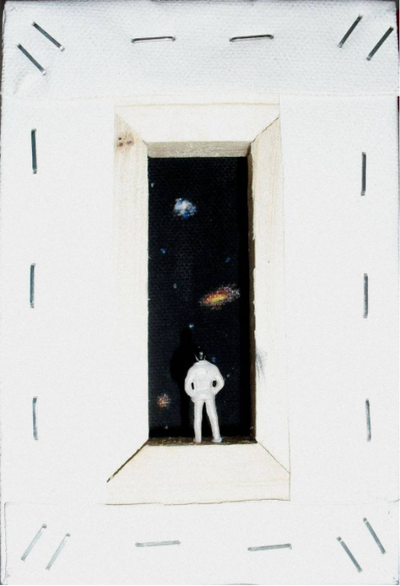 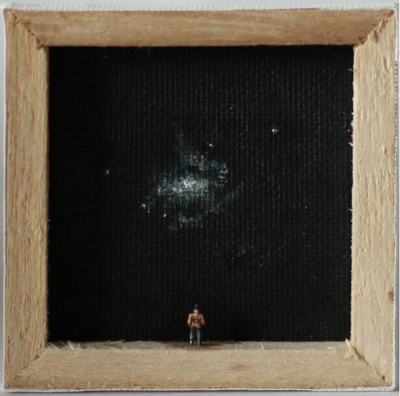 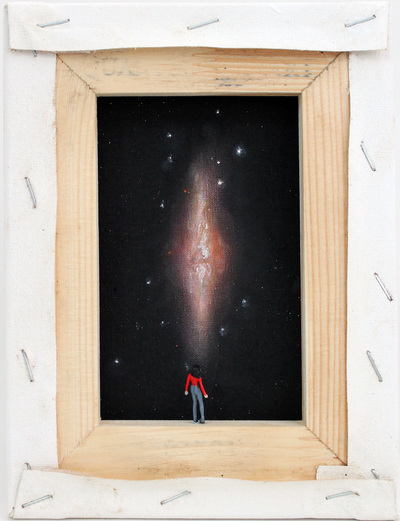 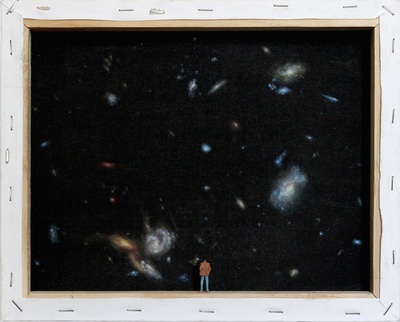 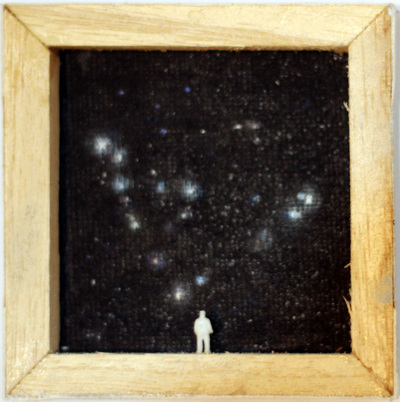 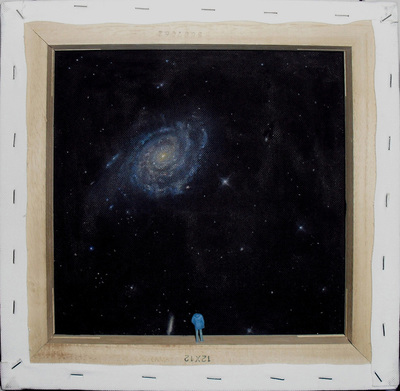 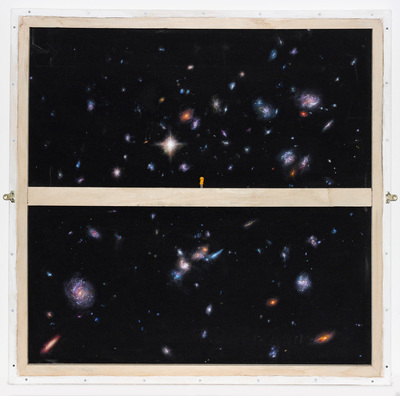 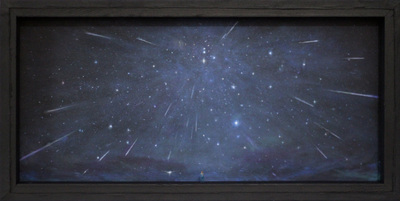 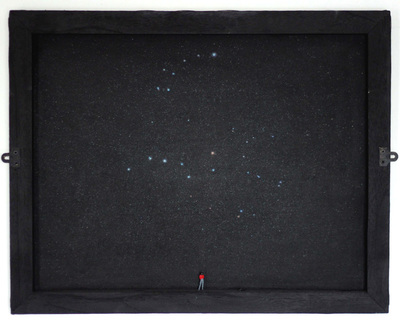 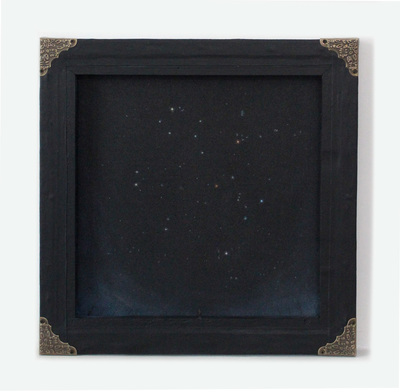 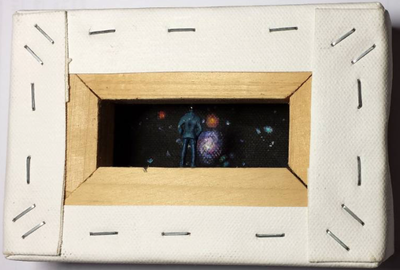 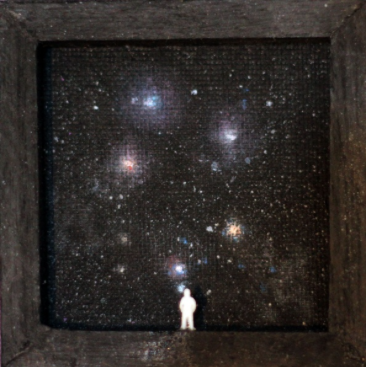 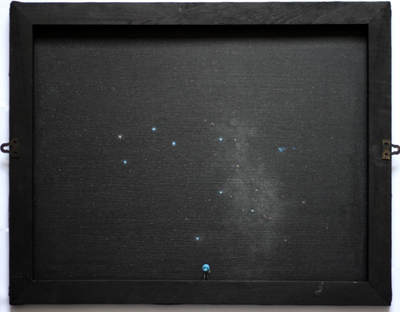 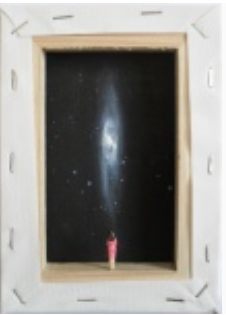 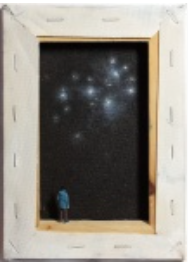 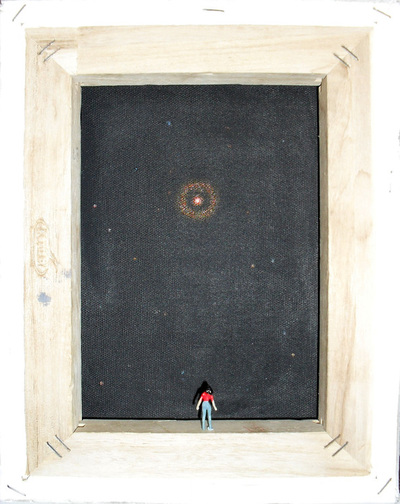 In my “Paintings Is Infinite” series I re-assign the objecthood of the reversed canvas stretchers with an altered state of identity. There is a point where the familiar shifts - at which the level of recognisability becomes terminated. By shifting zones of retinal perception, I alter the way in which the rear of a canvas is to be interpreted. By turning the canvas around and using the unfinished backing as the frame, I initiate the idea of the canvas as a portal that looks out. These pieces occupy a place amidst optically perceived physicality, at the point at which the imagination becomes conducive to metaphysical contemplation. Artistic mechanisms that I involve often include juxtaposition and a binary aesthetic; wonder and nihilism oscillate, the relatively micro near gazes out to the macro. The intention in the series is to generate minimal, zen-esque compositions that can present an intuitive point of departure towards what lies beyond. Here, I seek to instill a transcendent sense of wonder intended to guide the viewer to tap into the sublime, drawing attention to the mental faculty that enables man to be transported by Art. "
Powered by